Hypertension: A Not-So-Normal (Albeit Common) Part of Aging

High blood pressure, or hypertension, is the most important risk factor for premature death, accounting for half of all deaths caused by cardiovascular disease and 13.5% of all total deaths each year. Nine in ten Americans are expected to develop high blood pressure by the age of sixty-five. But is this condition really a “normal” part of aging?

What Blood Pressure Is
Blood pressure is the pressure of blood pushing against the walls of your arteries. Arteries carry blood from your heart to other parts of your body. 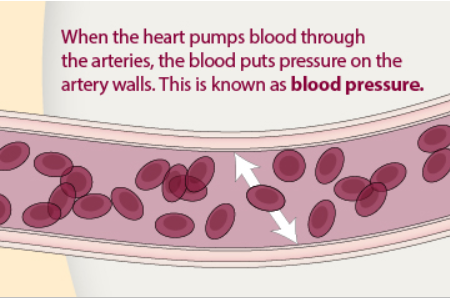 Hypertension is blood pressure that is consistently higher than the normal level. The higher your blood pressure levels, the more risk you have for other cardiovascular problems, such as heart disease, heart attack, and brain conditions such as stroke.  Recent research suggests that even “high normal” blood pressure (120–129 / 80–84 mmHg) increases the risk of death from cardiovascular disease by 46% on average.

In order to avoid these serious health conditions, as well as others, it’s important to know exactly what causes high blood pressure. You guessed it, lifestyle is the biggest driving factor for our heart health.

The “EPIC” study published in the Archives of Internal Medicine studied 23,000 people’s adherence to 4 simple behaviors (not smoking, exercising 3.5 hours a week, eating a healthy diet, and maintaining a healthy weight [BMI <30]). In those adhering to these behaviors, 93% of diabetes, 81% of heart attacks, 50% of strokes, and 36% of all cancers were prevented. And the INTERHEART study, published in the Lancet in 2004, followed 30,000 people and found that changing lifestyle could prevent at least 90% of all heart disease.

These studies inform us that like most other chronic diseases, high blood pressure is caused by a mismatch between our genes and our modern diet and lifestyle. The factors listed below are all some of the common drivers for hypertension:

What to do about it, to start?

Hypertension may be common in older Americans, but as you can see, there are many factors at play that certainly do not warrant this to be a “normal” part of getting older!

This site uses Akismet to reduce spam. Learn how your comment data is processed.